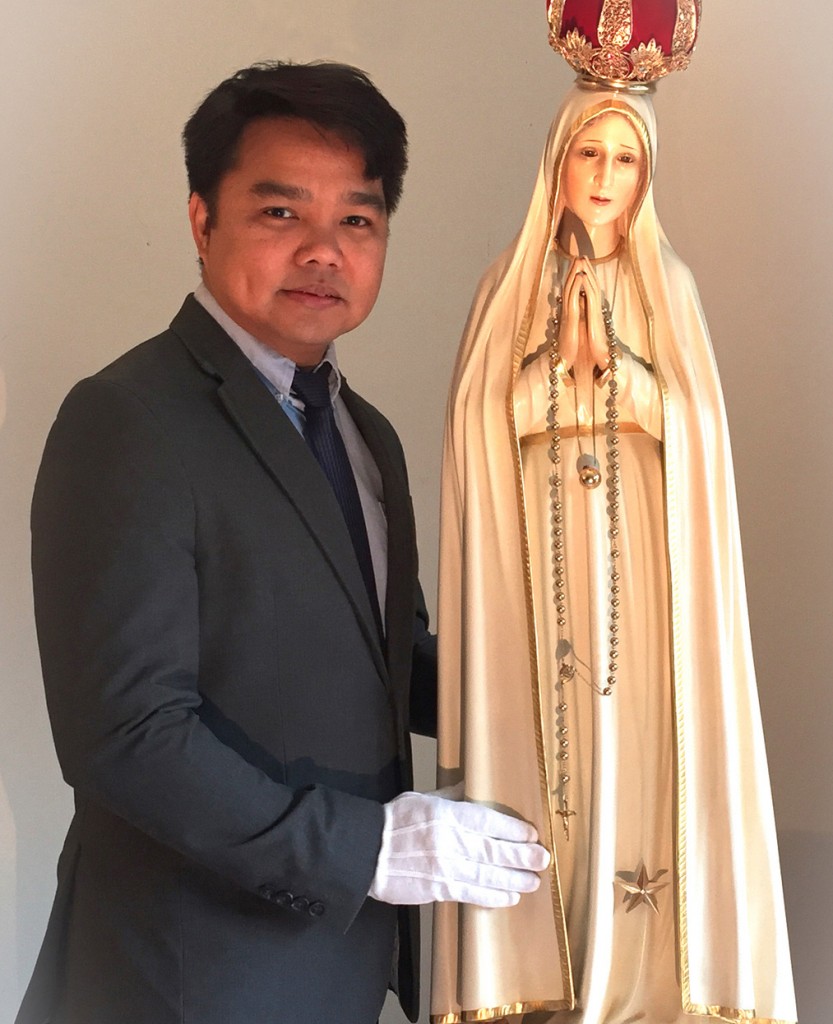 Patrick Sabat completed his Bachelor of Arts in Philosophy at Our Lady of Peace College Seminary in the Diocese of Tarlac, Philippines. While still discerning the vocation to the priesthood, he enrolled at the Jesuit-run university, Ateneo de Manila for masteral studies in Philosophy and later held a teaching position at the Tarlac State University. He hosted Catholic radio and TV programs, and ventured into a computer/media production business. When he got married, they moved to Singapore for a couple of years. He was asked to accompany the International Pilgrim Virgin Statue (IPVS) of Fatima in 2003, mostly to Asia and Australia, and five years later (2008) gave up his university career and businesses to work full time as the IPV Statue custodian worldwide.

Patrick has travelled internationally spreading the message of Fatima and promoting devotion to Our Blessed Mother and the Eucharist, the Rosary and the Scapular. He has delivered engaging talks during conferences and various presentations in many different settings, including churches, schools and universities, correctional facilities, nursing homes and hospitals. Our Lady has shown him the wonderful work of a lay apostle through the Pilgrim Virgin Statue Program, and the vocation he was searching for himself.

Patrick continues its teaching mission as the principle statue custodian and now the Director of the PVS Program of the World Apostolate of Fatima, USA (The Blue Army). He has been a frequent guest on radio and television, and has given hundreds of media interviews including EWTN, Relevant Radio, Fox News and CBS News among others. He and his wife, Mary Anne, and their 3 young children: Elias, 14; Patrick Jr. 12; and Marci Anna, 5, now reside in Munster, IN.

Patrick can be reached at psabat@bluearmy.com.

Thomas Ross and Larry Maginot, Co-Custodians of the IPVS 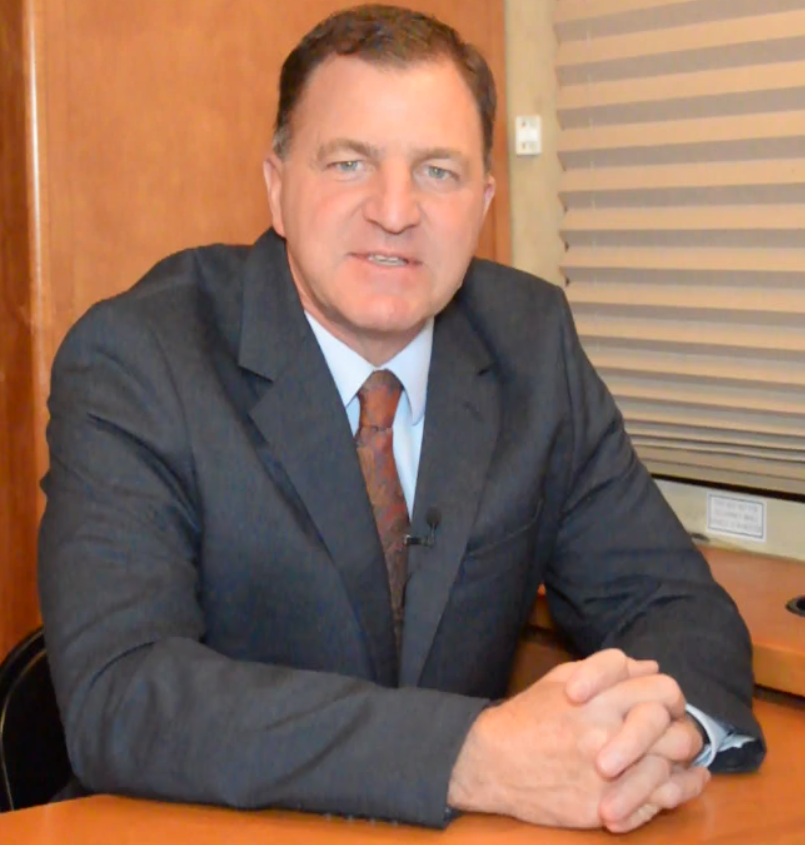 Larry Maginot is in his early 50s.  He and his wife, Chimgee, married in 2012 and have two daughters.   Larry traveled with the International Pilgrim Statue for 2 ½ years, from 2006 to 2009, then returned home to care for his elderly mother.  Larry first become convicted by the message of Fatima in 1986 after having served honorably in the Army as a trained infantryman, paratrooper and ranger.  He reached the rank of sergeant, E-5, during his third year of enlistment.  After his enlistment ended in the Spring of 1986, he was planning to attend college in the Fall when the late Louis Kaczmarek visited his home parish with the International Pilgrim Statue.  Though he was raised in a devout family and had the habit of praying a daily rosary from his youth, this visit greatly strengthened his faith and spirituality.  After completing 3 years of college, Larry was discerning a religious vocation and arranged to live and work at the Carmelite Monastery and Shrine in Munster, IN.  He spent the next 7 years there growing in knowledge and understanding of the Catholic Faith and Carmelite Spirituality, and engaging in group prayer, liturgy, and private spiritual exercises.  He left the monastery in 1997 and entered into a landscaping business with his brother.  Nine years later, Larry responded to a request to travel with the International Pilgrim Statue.  This same year he enrolled in the Bachelor’s Completion Program of Catholic Distance University.  In 2011 he graduated with a degree in Theology.  Recently he completed a manuscript which focuses attention on Our Lady’s promise at Fatima that “In the end my Immaculate Heart will triumph … and an era of peace will be granted to the world.”  That book now awaits publication.

Thomas Ross- When not on the road, Tom lives in Highland, a small town in Northwest Indiana a few miles from Lake Michigan. He was asked to travel with the IPVS during the one hundredth anniversary coast to coast “Tour for Peace” when the statue came to his parish on February 13th of 2017, (coincidentally the 12th anniversary of Lucia’s death). Honored but uncertain, he quickly found God’s will made plain when Larry, the custodian who asked him, had a gallbladder attack later that very day and soon found himself having surgery.

Tom and his wife Rose were both children whose fathers were life long catholics and whose mothers were converts to the faith. They were married in Rome at St. Peter’s Basilica, in 1982.  She is the volunteer sacristan at their parish, and a part-time server at a local restaurant. They have 7 children, 3 boys and 4 girls. Their oldest boy (like Rose’s brother who married them) is a priest in the Gary diocese where they live. Their second son is in major seminary also discerning a call to diocesan priesthood. His 2 oldest girls are married, one having given him grandchildren. His youngest 3 children still live at home with him; two commute to nearby St. Joeseph’s College, the youngest attends middle school.
Tom volunteers at his parish as lector, assistant sacristan, coordinator of the communion to the homebound ministers, and grounds keep helper.
His hobby is cooking.  On weekends when back in town, he enjoys working as the morning “omelette chef” at the same restaurant where his wife works.  At home or in the RV, he likes to apply his skills as “chef de maison”.
Tom received a degree in biology from Purdue University.  Before traveling for the Blue Army, he worked 9 years for a consulting company supervising field crews, operating heavy equipment, and doing  environmental restoration. He has also worked 10 years for his county park department: as a “naturalist” leading tours and managing the nature center, as an assistant park manager, a park manager, and as “Special events coordinator” (managing festivals).